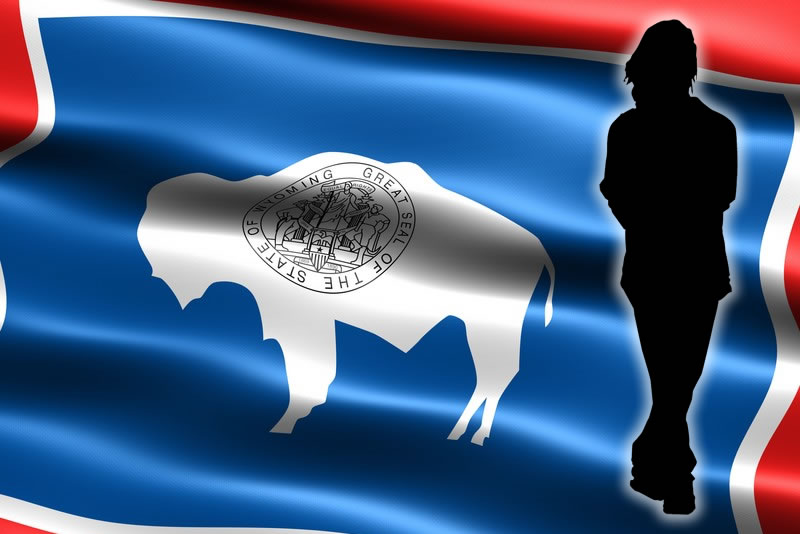 The year 2019 marks the 150th anniversary of Woman’s Suffrage in Wyoming.

As their sisters in the East were trying to convince male leaders that women deserved the right to vote and participate in civic society, women in the West were voting and taking on new roles that are truly noteworthy. Fifty years prior to the 19th Amendment, Wyoming women were participating in politics in a way unlike any other area in the country. As Wyoming was coming into the Union as a state it was made clear that women would retain the right to vote, regardless of the law in other states: “We will remain out of the Union one hundred years rather than come in without the women.” Wyoming not only enfranchised women first, the state had the first female governor, Nellie Tayloe Ross and the first female judge in the United States, Esther Hobart Morris.

The path to female suffrage was difficult, to say the least, which makes Wyoming’s legislation extraordinary.

Going back to 1776 as John Adams was working with the Continental Congress in Philadelphia he and his wife, Abigail, corresponded regularly. As Abigail remained at their home in Massachusetts she wrote to him to “Remember the Ladies!” as the founding fathers deliberated how to create a new country versus remaining part of the British Empire. For Mrs. Adams and others, women were to be a vital part of both the American Revolution as well as the new nation.

If you study women and politics in the United States, you realize that women were constantly articulating their desire for the vote.

Women participated in political parades, they were active in salons where politics were discussed and debated, and they traveled alongside the troops during the Revolutionary War. Prominent women, such as Deborah Franklin and Sarah Franklin Bache, were instrumental to maintaining Benjamin Franklin’s standing in the colonial/Early Republic periods of the nation when he was abroad in Europe and they remained in Philadelphia. When neighbors threatened the Franklin home after his initial support for the Stamp Act, Deborah wrote to him that she stood in the home ready with a gun in hand to defend their house. Clearly, she understood what his decision meant for them politically and in terms of their own security.

After independence women were still not allowed to vote, despite their contributions to the war effort.

For a brief period during the 1790s select women in New Jersey were enfranchised, if they were widows who owned property. This was quickly rescinded in 1807, and while increasing numbers of White men were able to vote after Andrew Jackson became president, the issue of suffrage for women remained contested and dismissed. The Seneca Falls Convention in 1848 gave women a platform to articulate their position, but it did not change the inability of women to vote. Interestingly, as women participated in the Anti-Slavery and later Abolitionist Movements, they became a visible presence in public. The Grimke sisters, for example, traveled giving speeches on abolishing slavery and this visibility gave rise to further calls for women’s suffrage.

As the nation expanded in territory and people began to move west, the idea of suffrage for women continued to be debated yet continually denied.

By 1869, territorial legislation gave women to vote in the Wyoming Territory. For many years Wyoming remained the only state that not only enfranchised women, but refused to rescind that legislation, despite pressure from other legislators in both the federal government and other states. That same year both North and South Dakota attempted to legalize voting for women, but both measures failed as it did in Massachusetts as well. Wyoming remained for years the only place in the nation that women could cast their ballots.

One year after Wyoming women were able to vote, Utah passed a law in 1870 that allowed women to vote there as well, but it was rescinded in 1887 and was not subsequently restored until 1896. Other states also began to take up the issue, however, in many of them women were only allowed to vote in elections that related to school issues. These states included: Kentucky, Kansas, Minnesota, Colorado, Mississippi, New Hampshire, and by 1880 had spread to a large number of states. Since women were charged with raising children and were working as teachers, it seemed logical to legislators that by giving women a voice in school elections it would pacify their demands. Not surprisingly, this did not work and groups such as the National Women’s Suffrage Association, the American Women’s Suffrage Association, and eventually the National Women’s Party headed by Alice Paul kept petitioning and pushing to convince male legislators that women deserved the right to vote.

In 1893 Colorado gave women the right to vote and in 1896 women in Idaho were enfranchised. Throughout the late nineteenth and early twentieth centuries amendments were continually brought to the floor in state legislative houses only to be voted down. The state of Washington finally passed a woman’s suffrage law in 1910 and in 1911 women in California also won the right to vote. By 1912 most Western states legalized women’s suffrage, except for Nevada, Montana, and New Mexico. Despite the hard work of the various groups, not one Eastern state passed a law legalizing voting for women.

On the eve of World War I ten Western states overwhelmingly passed laws giving women the right to vote. While President Woodrow Wilson and congress turned their attention towards the war, during this time period the only states in the East that legalized women’s suffrage were New York and Massachusetts.

It was not until the passage of the 19th Amendment on August 8, 1920 that the law of the nation was changed giving women the vote.

It’s hard to imagine that it took so long and that Western women had that right long before their sisters back East. As we celebrate the 150th anniversary of Women’s Suffrage in Wyoming it really is worth noting how difficult it was for women in other states to gain that right and how the territory and then state of Wyoming led the way.

Behind the Scenes: Anatomy of a New Exhibit